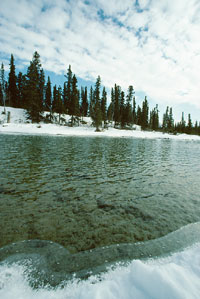 While in the Yukon, you may want to visit Whitehorse, so named because the Whitehorse rapids are said to resemble the mane of a white horse. Check out the Yukon Transportation Museum featuring early methods of transportation used by the Nation’s First Peoples, such as dogsleds, skin boats and snow shoes.