A Vacation in Nova Scotia

Traveling to Canada's most southeastern coast means a vacation in Nova Scotia - an unforgettable experience. Voted as one of the friendliest places in the world, this province features treats and fun for everyone: beaches, art and crafts, fine cuisine, historical sites, museums and culture aplenty.

Whether you are a history buff wanting to explore the museums, or an outdoor enthusiast looking to catch a few waves, or an avid photographer in search of magnificent vistas, a vacation in Nova Scotia has it all. 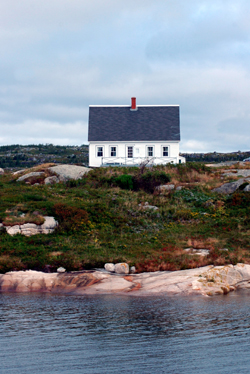 The Weather in Nova Scotia Nova Scotia's warm summers and cold winters are controlled by its three surrounding bodies of water: the Atlantic Ocean, Bay of Fundy and Gulf of St. Lawrence. The summers are long, beginning in April and ending in October, with average temperatures ranging from 57°F to a wonderfully mild 82°F. Winter temperatures range from -4°F to 41°F.

If you take a vacation in Nova Scotia, be sure to pack clothes that will accommodate a variety of temperatures. Since the province is directly affected by westerly winds, eastward-moving storms, and the sea, there can be frequent weather changes throughout the day. Locals have a popular saying, “If you don’t like the weather, just wait a minute!”

A visit to the cities of Halifax and Sydney is highly recommended while on vacation in Nova Scotia. These two metropolitan areas offer visitors a look at the province’s history and a taste of its culture, from art galleries and museums to lobster feasts, luxurious spas, and Baccarat tables.

By the Sea in Nova Scotia

Over 150 stately lighthouses are scattered on the coast of Nova Scotia. These historic landmarks have been keeping seafarers safe for many generations. Most of the beaches are part of the province’s park system, so they not only have showers and toilet facilities, canteens, interpretive centers, and picnic areas, but they are also immaculate. For those just wanting to relax, the 4,759 miles of seacoast is the perfect place to soak up the sun, put your toes in the white sand, or fly a kite.

A vacation in Nova Scotia would not be complete without a trip to the Bay of Fundy to witness the highest tidal range in the world. Here, there are 15 whale species, making whale-watching a popular activity. And, if you are seeking big thrills, the white water rafting can satisfy even the biggest adrenaline junkie.

People travel from around the world to partake in Nova Scotia's renowned lobster feasts. You will undoubtedly enjoy the seaside views and remarkable service. The province’s many fine restaurants offer specialties such as seared scallops, steamed mussels, local beer and homemade wine. Nova Scotia has been growing grapes for 300 years, so make use of the sommelier and ask him to suggest the ideal bottle of local wine for your entree.

The Congeniality of Nova Scotia

The quirky character of Nova Scotia certainly adds to its charm. No matter what time of year you visit, you are sure to have the opportunity to experience at least one of the province’s 550 annual festivals. Music is an integral part of life to the dwellers of Nova Scotia, so be ready to enjoy the regional sounds of the various communities.

Looking for something really unique and special to take home? Visit an Artisan studio where local artists allow you to watch them at work; it will be the perfect opportunity to pick up a one-of-a-kind sculpture or painting.