Moving to Manitoba is a wonderful way to experience life on the beautiful Canadian prairies. Situated in the heart of Canada, between Ontario and Saskatchewan, and bordering the United States to the South, Manitoba offers individuals and families alike an opportunity to enjoy the tranquility of Canada’s unexplored wilderness. If city life is more your style, the province’s bustling capital, Winnipeg, holds more than half of the province’s 1.2 million people, and promises to delight you. 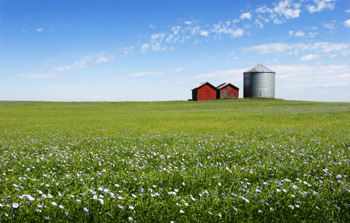 The word Manitoba is derived from the Cree, Ojibwa and Assisiboine languages, a fitting name for a province that has remained vastly untouched since its inauguration into the confederation. Manitobans are proud of their agricultural roots and heritage. See the official website of the province of Manitoba for more details.

Most of the agriculture is found in the southern part of Manitoba, which has a milder climate. The province is a national leader in the growth of grains and oilseeds. It is Canada’s largest producer of sunflower seeds, dry beans, and a major contributor to the country’s production of potatoes. Moving to Manitoba is also ideal for those interested in raising livestock. There are a great number of cutting-edge cattle farms which aid Canada to remain a world player in the cattle market.

Moving to Manitoba is an opportunity to bask in the unspoiled wilderness which surrounds every town and city in Manitoba. The province boasts an incredible number of intact forests, untouched since the days of early settlement. Home to the world’s largest boreal forests and thousands of sparkling clean rivers, Manitoba is a natural wonderland.

The Manitoban economy is based predominantly in agriculture, energy, oil, minerals, mining, forestry and tourism. Agriculture remains the driving force behind this ever-expanding economy; however, the Manitoban government is continuously striving to find new ways to enhance its economy. Many believe that any such change may be detrimental to the prosperous life of the citizens of Manitoba, and even of Canada.

Manitoba offers several high quality educational institutes that have enticed many students to consider moving to Manitoba in order to further their education. Manitoban universities have deep roots and pride themselves in the high standards they have maintained for over a hundred years now. These are the five major universities: University of Manitoba, the Canadian Mennonite University, L’Université de Saint Boniface and Brandon University. The first three of the aforementioned universities are situated in Winnipeg. L’Université de Saint Boniface is the oldest and the only French university in Manitoba. Brandon University is located in the town of Brandon. It is worthwhile mentioning that the province boasts 38 public libraries.