A Vacation in Alberta

One of Canada’s most attractive features is that each of its provinces possesses individuality and a unique character. From the wonders of its diverse landscape and the beauty of its four seasons to the marvel of its multi-cultural spirit, Canada offers a memorable journey to all visitors.

A vacation in Alberta promises not only spectacular vistas but also interesting events all year round. Whether you are a nature lover, a sports enthusiast, or a festival junkie, you will discover adventure in the province of Alberta. 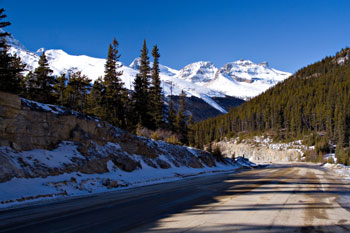 Part of a great vacation is great weather. A vacation in Alberta promises a continental climate, which is a climate characterized by hot summers, cold winters, and little rainfall, typical of the interior of a continent. And because the province runs for more than 1200 kilometers from north to south, the climate varies from one extreme to the other.

Attractions in Alberta’s Three Main Cities Alberta has a plethora of activities and sites to see. In three of its major cities, Edmonton, Calgary and Lake Louise, you are sure to find what you are looking for, and perhaps even something unexpected that catches your interest.

Edmonton, the capital of Alberta, is known as Canada’s Festival City. The summer abounds with festivities overlapping one another. The calendar of events includes the Edmonton International Fringe Theater Festival and the Edmonton Folk Music Festival.

But a vacation in Alberta would not be complete without paying a visit to Edmonton’s most popular attraction, the West Edmonton Mall. It is North America’s biggest shopping and entertainment complex of its kind (5th worldwide) and will satisfy both the shopper and non-shopper alike. There are over 800 stores and services, and more than 110 dining establishments to choose from. It boasts an amusement park, a water park, a lake with a salt-water habitat for sea lions, an ice rink, and much, much more. See more information about Edmonton.

As the province’s largest city, Calgary is known for its enthusiastic hospitality, its lucrative oil and gas industry, and its ideal location in regards to the beautiful Rockies.

It hosts the famous Calgary Stampede, which heralds itself as “the greatest outdoor show on earth”with approximately 1.2 million visitors each year. The Stampede is a combination of festival, fair, exhibition and rodeo, celebrating Canada’s Wild West as well as the cattle ranching industry. It takes place every July and lasts 10 days.

The Calgary Zoo, the second largest in Canada, is home to over 1,000 animals and over 290 different species. To admire the city’s awesome skyline from a bird’s eye view, make your way to the top of the Calgary Tower.

Northeast of Calgary is Drumheller Valley, a tourist destination that attracts more than 650,000 visitors every year. As the “Dinosaur Capital of the World”, it is home to one of the most complete pre-historic museums, the Royal Tyrrell Museum of Paleontology. See more information about Calgary.

If you are a nature lover, and/or a sports enthusiast, particularly fond of skiing and hiking, then a vacation in Alberta is your ultimate destination. Sunshine Village in Lake Louise is a well-known major ski resort in North America. Located within Banff National Park, a protected wilderness, it offers ski runs for all levels of skiers. The area’s average annual snowfall is up to 33 feet. The ski season starts in early November and ends in May.

Lake Louise is also a prime destination for avid rock climbers, presenting a challenge on mountains that peak at 3000m. For those who thrive on adventure, this region is popular for fishing and hunting. See more information about Lake Louise.