Each year, approximately 20 million people visit Canada. They come from all over the world to enjoy the culture, festivals, food and so much more. Though many visitors are mere tourists, there are some who are students or temporary workers. 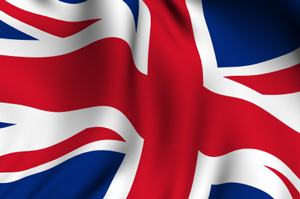 Is a Visa required?

If you are a UK citizen arriving in arriving in Canada with a valid passport, you do not need a visa to enter the country. Although politically independent, Canada is part of the Commonwealth of Nations (a group of countries that were former British colonies) and its residents fall under the British monarchy. Consequently, all citizens of British dependent territories who obtain their citizenship through birth, descent, registration or naturalization do not require a visa when they come to Canada.

Those pursuing a course of study lasting more than six months at an accredited Canadian institution will need to first obtain a study permit. Study permits are typically valid for the entire term of the study program, plus an additional 90 days. Those who plan to work in Canada on a temporary basis will need to first obtain a valid work permit prior to their arrival. A biometrics profile (photo and fingerprints) must be submitted when applying for either permit.

Notable Differences Between the UK and Canada

It is understandable that many tourists visiting Canada are from the UK, since the two countries share many similarities. Nonetheless, a few differences do exist and are worthy of mention.

A notable difference between the UK and Canada is the driving. Vehicles are driven on the right side of the road in Canada and drivers sit on the left-hand side of the vehicle, which is the complete opposite of the British system for driving. Fortunately though, both the brake and accelerator pedals are in the same place and position. Also, most cars in Canada (including rental cars) are equipped with an automatic transmission; a feature that is not so commonplace in vehicles from the United Kingdome.

If you are moving from England to Canada, you need to be aware that each province has its own driving license regulations. However, most provinces and territories allow you to simply exchange your UK license for a valid Canadian license without having to complete a road test. You will need to prove you have at least 24 months of licensed driving experience though, and in some cases, a vision test will also be required.

Canada is an expansive country with several time zones, while England has but one time zone covering the entire country (Greenwich Mean Time). As a guideline for people from the UK visiting Canada, the table below shows the time difference between the various regions of the country and England:

Currently, visitors from the UK do not require an entry visa for stays of six months or less. However, UK parents or grandparents of Canadian citizens or permanent residents are eligible to benefit from the Parent and Grandparent Super Visa provisions. UK citizens who wish to visit Canada for up to two years without having to renew their authorized stay should consider applying for an extended authorized stay by proving that the requirements for the Super Visa are met. For more information, see the Super Visa.