A Vacation in Nunavut

The thrill of a vacation in Nunavut is one of the world's best kept secrets - a unique experience. It is a place where you will find amazing wildlife, untouched landscape and ancient traditions. A journey to the Canadian Arctic will allow you the opportunity to observe polar bears and whales, try dog sledding, and watch the Northern Lights illuminate the sky. 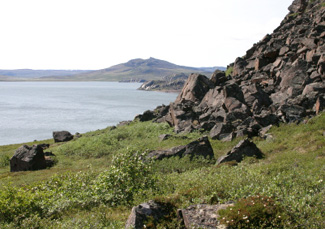 Nunavut became the largest and newest territory in Canada in 1999 due to 20 years of negotiations by the Inuit people who make up roughly 80 percent of the population. The territory is massive, quiet and breathtaking - no mass development causing disturbances in nature.

Even if you take a vacation in Nunavut in the summer, it is important to pack warm clothes because the temperature can suddenly drop without warning. Due to the territory's vast size, there are extreme variations in the weather. Winters can be severe, with an average temperature of -31 degrees Fahrenheit, while summers tend to be a mild 50 degrees Fahrenheit.

In the winter, you will need polar-temperature gear, waterproof and windproof clothing, warm gloves, hats and molded, weatherproof boots and shoes. During the summer, light clothes are appropriate but it is advisable to wear layers in order to accommodate sudden weather changes. Protective lotion and sunglasses are recommended year round.

Some areas of the territory can be hazardous when strong winds occur, especially in combination with low temperatures. Visitors should take weather warnings very seriously. 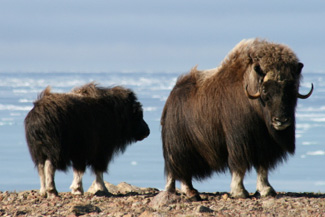 It is recommended to take a vacation in Nunavut as part of a tour, or at least with a well experienced guide. Due to the area's untouched wilderness, sparse population and unpredictable weather, solo travelers should always stay in contact with Nunavut Tourism for advice, information, and updates on weather reports.

Most people traveling to Nunavut are looking for an outdoor adventure, and they are never disappointed. Below are just a few reasons to visit this exhilarating region of Canada.