Order at the Border: Canada Customs and Duties Guidelines

Temporary visitors to Canada, who arrive well-informed and well-prepared, are less likely to be held up at the border, thus avoiding the typical pangs of anxiety and intimidation caused by scrutinizing customs officials. By complying with Canada customs and duties regulations, the transition from one country to another can be made smoothly, without complication. The following information and guidelines aim to facilitate traveler’s entry into Canada upon their arrival at the border. 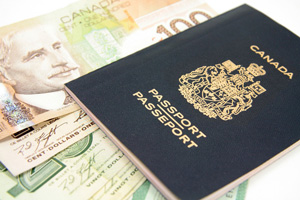 A Canada Customs and Duties official will ask visitors to Canada to present a valid passport; however, residents from specific countries will also have to show a visitor visa card. Foreigners who have acquired permanent U.S. residential status are obliged to carry their permanent resident card (PR card) with them when crossing the border.

An Electronic Travel Authorization, or simply “eTA”, is required by all visitors from visa-exempt countries who travel to Canada by air (an eTA is not needed if arriving by land or sea). The eTA is linked electronically to the traveller’s passport and valid for up to five years or until the passport expires, whichever comes first. When a new passport is issued, a new eTA also needs to be issued.

Persons coming into Canada below 18 years of age are considered minors and are bound by the entry specifications outlined in the Immigration and Refugee Protection Act. Adults going across the border with minors in tow must present an acceptable form of identification such as a passport for each youngster.

Visitors to Canada are entitled to transport certain items or “goods” into the country. Such goods can include certain foods, articles of clothing, sport and camping gear, cameras and various forms of electronic gadgetry. However, all imported items require declaration at a designated port of entry before access into the country can be granted. The laws governing Canada customs and duties allow for goods declared upon entering Canada to be free of tariff (duty) and taxes; these items cannot be left behind when visitors leave the country.

Border officials will frequently perform inspections of goods being imported into Canada in order to confirm declarations. At times, travelers are summoned to the customs office to simply complete a standard form; at other times, the goods being brought across the border may need in-depth identification by customs officers. By law, border officials have the right to examine suitcases, trunks, boxes, and all personal baggage and belongings as a safety precaution. They are also in a position to detain offenders heading for Canada, under the Criminal Code, for infractions such as driving while intoxicated, possessing stolen goods, kidnapping or abducting, and for any outstanding warrants.

Under the Canada customs and duties regulations, a specific dollar amount or quantity of certain goods can be brought into the country, duty and tax-free:

Certain goods imported into Canada may be subject to scrutiny and possible refusal. These items include (but are not limited to) guns and other related weaponry, fireworks and explosives, plus certain foods, animals and flora. Also, anyone carrying $10,000 or more, in Canadian currency (or a foreign equivalent), must report the sum of money at a border services office upon arrival and prior to leaving Canada.