British Columbia: A Vacation to Remember

Two of Canada’s most unique features are its distinctive landscape and multiple cultures. The West coast is no exception. British Columbia, the sixth province to enter the Canadian Confederation, is the gateway to the Pacific and home to the Rockies. It offers visitors breathtaking beauty and an abundance of sites to see and activities to do. A vacation in British Columbia is a memorable experience.

The weather in British Columbia

In British Columbia, you can enjoy several climates in one day. The province’s weather system is influenced by multiple factors, including latitude, the surrounding mountains, and, of course, the Pacific Ocean. The season you choose for your vacation in British Columbia will determine your packing needs.

In winter, the coastal weather is mild and the snow does not stick around for a long time. The only thing you will need is an umbrella to protect you from the light rain. If your vacation in British Columbia includes the interior regions, there will be snow between November and March, and the temperature can be near freezing, so pack warm clothing, that is a winter coat, hat and gloves.

During the summer months of July and August, the interior area of BC experiences the hottest weather of the year, and the south of the province reaches temperatures above 86°F. Near the coast, the temperature ranges from 72°F to 83°F.

Spring and Fall are at their best during the months of June and September, respectively. You can wear shorts and dresses, but bring a warm sweater for the evenings, just in case.

Things to do while on vacation in British Columbia

There is far too much to tackle in one trip, unless your vacation in British Columbia is for an extended period of time. So, your hardest task will be trying to figure out what to see and what to do first!

Whether you are a nature lover or an urban enthusiast, the province and its regions have a variety of attractions and events to suit everyone’s taste. Take a look at some of its highlights: 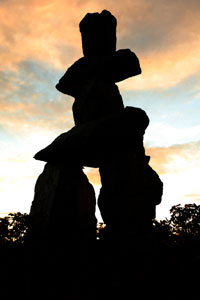