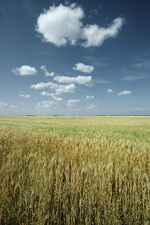 Manitoba, another of Canada’s Prairie Provinces, is located next to Saskatchewan. While in Manitoba, you may want to visit Winnipeg but if you go in winter, be sure to dress warmly as Winnipeg boasts of the coldest winters in Canada! Winnipeg also boasts a thriving arts community from ballet to thatre to symphony. In Winnipeg, take a walk along The Forks which are located where the Red River and Assinboine River meet. After your walk along the river, tempt your palate with dinner at one of the many fine restaurants located at the entrance to the area. Some of the food that is special to Manitoba includes Northern Pike, Bison, Elk and even Ostrich Meat. Lean Bison is raised on farms in Manitoba and is quite an experience in taste. Also, have some honey with your tea! The bee farm industry in Manitoba (there are more than 750 honey farmers) produces some of the finest honey in the world.

See the official website of the province of Manitoba